What's On at The Northcourt

A prog rock triple header not to be missed with three excellent rock bands. Featuring The Dame from The Netherlands whose critically acclaimed debut album features a mix of classic rock, blues, folk and prog with superb guitarwork throughout. IT who featured at Prog For Peart 2021 & are several albums into a career of neu prog tinged with classic rock with a cutting edge. Hats Off Gentlemen It's Adequate the London based band continue to delight with a genre defying mix of rock styles all featuring the excellent song writing & guitarwork of band leader Malcolm Galloway
Tickets only £15.00 advance £20.00 door Gig code for tickets G151 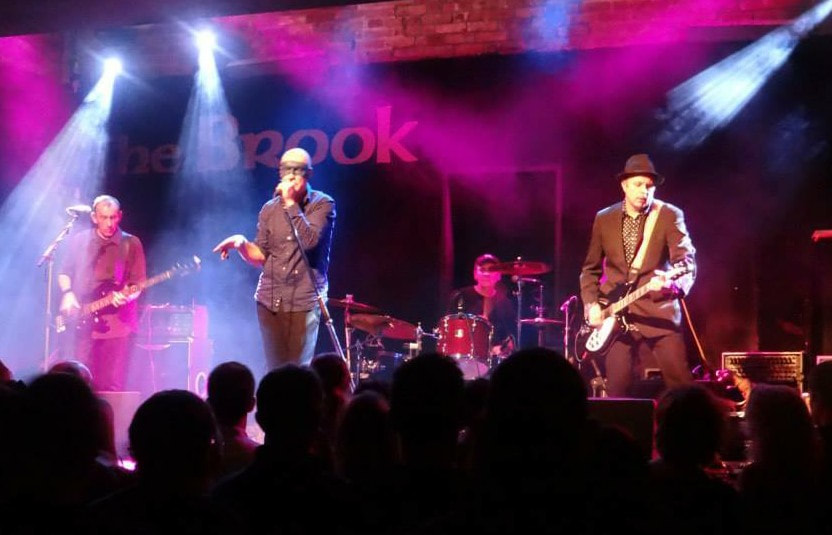 R.E.M. are one of the world’s most enigmatic bands. With a string of peerless albums; one eye on the underground and one eye on the soaring chorus; we will never see their like again. From “The One I Love” through to “The End of the World” and more besides. Stipe bring you all the top songs from these icons including “Losing My Religion”, and “Man on the Moon” and with all the atmosphere, attitude, emotion, and energy you’d expect. Stipe will provide the same cagey mix of attitude, poetry and idiosyncratic sound built around jangling guitars and hazy vocals of frontman Michael Stipe. Whether it’s playing major festivals or appearing on the One Show, performing for Michael Stipe himself, Stipe are the definitive R.E.M. tribute – a complete band, and encyclopaedic knowledge of the back catalogue. They bring R.E.M. to life on stage – the contrasts and the magic; that direct
connection to the music. The boys from Athens’ legacy is in good hands.

QueenEsque are five musicians with one vision....to keep alive the energy and spectacle of Queen's concerts during their prime
Formed in 2014, QueenEsque have become a favourite headline act on the UK tribute festival circuit, as well as performing at well known venues, such as Liverpool’s legendary Cavern Club.
Expect to hear all the hits
​In partnership with Paul Robins Promotions CLICK HERE FOR TICKETS

In answer to overwhelming support, the most recent line-up of John Coghlan’s Quo, Mick Hughes, Rick Chase, Pete Mace and Russ Chadd have reformed under the name of QUO CONNECTION in order to begin the next chapter carrying on the legacy of Status Quo and John Coghlan. JCQ had been in existence for twenty-five years in various forms, and their final gig with John Coghlan on the 24th of September 2022 was quite aptly played at Butlin’s in Minehead where the Quo story first began. The band wish John all the very best with his new projects which can be found on his website and Facebook page. Quo Connection will play many of Quo’s hits plus some incredible album tracks with the same power and passion you have come to expect.

These two tributes to two of the UK's biggest and best loved prog rock bands have already created quite a buzz and their quality can be gauged by having been invited to play at the prestigious Winter's End & A New Day festivals. Expect all the massive fan faves' from both bands as they both come to The Northcourt for the first time.

​Doors open at 7-30pm
First band on stage at 8-00pm
For tickets via PayPal (no account needed 90p fee) click below: Choose ticket quantity in cart

Lifesigns is an independent UK based band of virtuoso professional musicians with a string of successful albums behind them. Their 2017 album Cardington got to number 4 in the UK Indie chart without so much as a play on mainstream radio.
The 2021 album Altitude was crowdfunded by their dedicated fans in 40 countries worldwide (including 36 US states) and has been compared to everything from Steely Dan to Pink Floyd to ‘supergroup’ U.K.
All the musicians have track records playing with huge industry names ranging from Asia and The Scorpions through to pop and jazz icons like Bonnie Tyler and Quincy Jones.

Chasing Mumford are the most authentic tribute to the music played by Mumford & Sons on the planet. An awesome 5-piece fully live band of multi-instrumentalists with spine-tingling live vocal harmonies and the image to match. Established for over 6 years and having supported big names such as Scouting for Girls, The Hoosiers, Sigala, Pixie Lott, Mungo Jerry, and many more, the show continues to develop & remain fresh and exciting as the band moves towards its second decade.

Tickets £17.00 (+43p transaction fee)
​The gig is on partnership with Paul Robins Promotions tickets are only available from that site follow this link

Also Eden were formed in 2005 & have been making wonderfully melodic rock every since. On this tour they are showcasing some new material from their forthcoming album Open Skies as well as delivering all the old fan faves'. Comedy of Errors is a five-piece progressive rock band from Glasgow & originally formed in the Eighties & after an hiatus returned with a creative explosion in 2008 and have just released their sixth album since then called Time Machine to critical acclaim & the title track can be safely called a masterpiece of Neu Prog & comes in at 'progtastic' 12 mins.

​Doors open at 7-30pm
First band on stage at 8-00pm
For tickets via PayPal (no account needed 90p fee) click below: Choose ticket quantity in cart 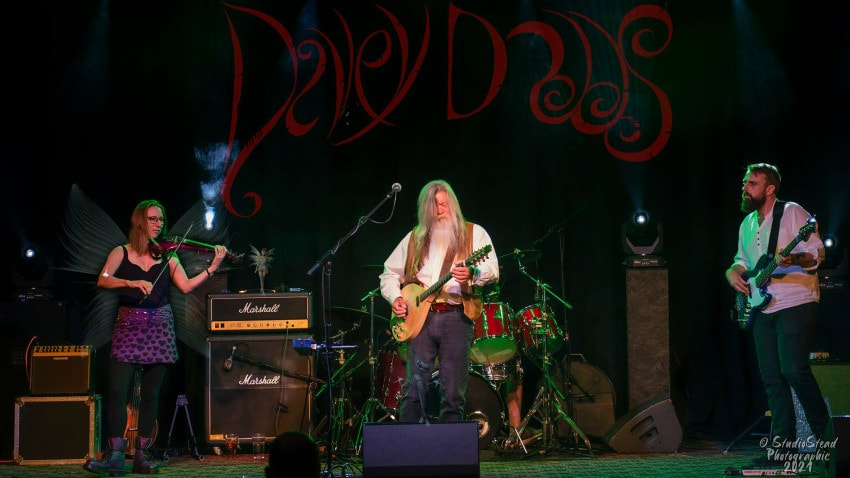 ​Davey Dodds has released three albums since his return to the stage with the most recent being 'The Rite of Spring' which takes the listener through a Druidic Beltane ritual, culminating in a joyous, life-affirming celebration. It is Celtic, psychedelic, pagan and prog all in one package.

Davey is perhaps best known as the front man of prog outfit Red Jasper and after taking a couple of years out found that music was once again burning a raging fire in his soul. His blend of styles brings together elements of celtic, prog, pagan and roots rock. He stirs this fabulous mix into a high energy live performance that demands you get up and move to the music.
THIS GIG IS RESCHEDULED FOR 2023 PRECISE DATE TO BE ANNOUNCED SOON
Tickets only £15.00 advance £18.00 door Gig code for tickets G127
Support TBA
​Doors open at 7-30pm
First band on stage at 8-30pm
For tickets via PayPal (no account needed 90p fee) click below: Choose ticket quantity in cart.